Treating serious illness with the power of oxygen

Lyme Disease Inflammation Can Be Chronic

Much has been said of Lyme disease.  The more obvious manifestations of rash and flu-like symptoms are related to acute localized infection - they do not occur in all patients and might be absent in up to 30% of all who are infected.  As the Borrelia infection spreads, nervous system (central and radicular) or cardiac troubles might appear - these can be life-threatening.  Inadequately treated patients can develop severe and chronic troubles afflicting the nervous system, cardiovascular system, eyes, visual perception, or creating rheumatologic disease.  A chronic (sometimes progressive) inflammation of the brain and spinal cord can cause neuropsychiatric illness or other disability.

The inflammation can become chronic even if the infection is fully treated - these are called post-infectious inflammatory illnesses and can take many forms including treatment resistant disorders of mood and anxiety, schizophrenia-like illnesses, or a dementia-like condition.  It is often mis-diagnosed as multiple sclerosis, autoimmune illness, CRPS/RSD, Crohn’s disease or fibromyalgia/chronic fatigue syndrome.

It is important to remember that many other diseases can be transmitted along with those Borrelia that can cause Lyme Disease.  Lyme is apparently the most common of the tick-borne illnesses and is one of the fastest growing of all infectious diseases in this country.  Just as Syphilis (caused by another spirochete named Treponema palladium) was a great imitator in times past, Lyme Disease is also a confusing and potentially vicious adversary.

Diagnosis can be very difficult.  There are a variety of blood tests available to measure immune system responses to Borrelia, and there are tests to measure the actual presence of Borrelia genetic material, and now we can actually culture body fluids for Borrelia.  In addition, brain scanning by SPECT can be helpful in evaluating the presence of a neuroborreliosis.

Antibiotics can treat early cases of Lyme Disease.  Once the condition is long-lasting it needs to be treated as an inflammatory illness - in ways that are most reminiscent of old-school remedies for Lupus.  In addition to those remedies we can offer very modern rehabilitative interventions including IVIG infusions, Hyperbaric Oxygen Therapy, or even with extreme heat (for example with sauna).

Treatment for lyme disease is not on the medically approved list of conditions. Insurance rarely pays for HBOT delivered in a freestanding center. While we hope that this situation changes in the future, we are able to accept the following forms of payment: Personal checks, Cash, Visa, Mastercard, American Express, Discover, Care Credit.

We will assist in any way possible to provide the necessary paperwork for you to submit a claim to your insurance carrier. We are unable to file claims for insurance coverage and we are not able to deliver HBOT based on the possibility of insurance reimbursement. 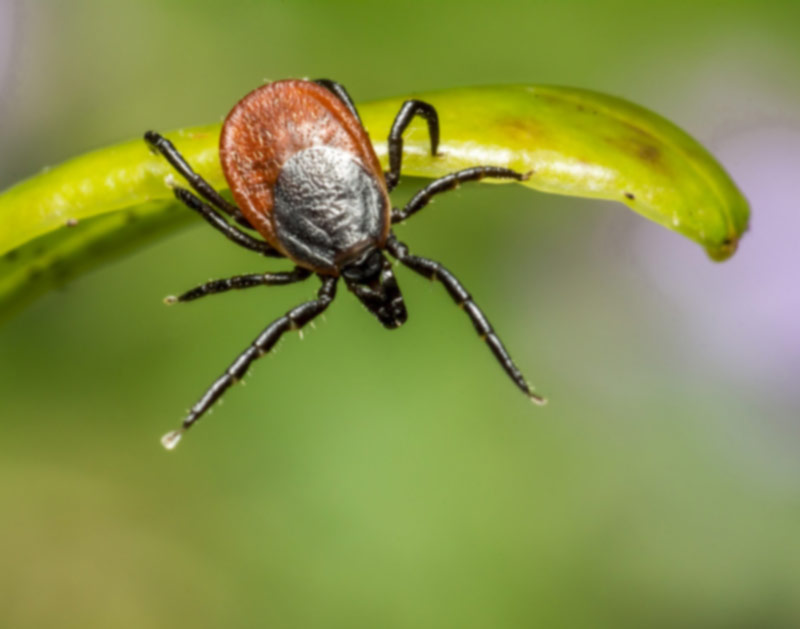 While there are only an estimated 150,000 people afflicted with Lyme Disease in the United States, the incidence rate continues to soar at an alarming rate each year.

The CDC speculates that because the condition mimics so many other illnesses, the actual number of people with Lyme disease may be 5 to 10 times higher than the estimated 150,000 of reported cases coping with the disease.Lyme disease is caused by the bacterium, Borrelia burgdorferi, which is transmitted to humans by infected deer ticks. While short term sufferers of Lyme report symptoms including bull’s-eye rash, fever, flu-like symptoms, migraines, fatigue, muscle and joint aches, a large number of cases are misdiagnosed and quickly develop into a more serious condition known as late disseminated Lyme.

Due to the vast range of symptomology present in Lyme, often times patients are misdiagnosed with fibromyalgia, chronic fatigue syndrome, diabetes, multiple sclerosis, depression or even arthritis. In addition there is not one diagnosis and proper treatment.

Insurance does not yet cover HBOT for Lyme Disease. We are able to accept the following forms of payment: personal checks, cash, Visa, Mastercard, American Express, and Discover.

Request a Consultation or Schedule a Session

Fill out the form below, and we will be in touch with you as soon as possible.
Thank you! Your submission has been received!
Oops! Something went wrong while submitting the form.
help@hbot.md
We're hiring paramedics as HBOT technicians!Learn More
The information provided on this web site should not be considered medical advice. The information is not intended to replace a one-on-one consultation with a qualified healthcare professional. Seek the advice of a qualified healthcare professional regarding any mental or physical health.